The Metropolitan Chapter sadly announces the demise of Mgr. Professor Vincent Borg (b.19th Sept 1929-d. 12th July 2022).
Born in Birkirkara, Fr Borg was ordained priest on the 17th March 1956 and he continued to study abroad. In 1961 he obtained a diploma in archive studies from the Vatican School of Palaeography and Diplomatic studies and later in 1967 he obtained a first class doctorate in History from the Università Gregoriana in Rome titled: Fabio Chigi: Apostolic Delegate in Malta (1634-1639). Fr Borg was erected canon of the Birkirkara Collegiate Chapter on 5th May 1957 until he became an effective monsignor of the Metropolitan Cathedral on 13th January 1980. On 13th June 2003 he was assigned with the dignity of precentor. Considered an authority in church history and Paleochristian Archaeology, Mgr Borg taught Church history at the Seminary. Besides his laborious work, he classified and catalogued parts from the archives of the Order of St John at the National Library of Malta and sections of the Curia archives. He led the Faculty of Theology during the difficult years of the late 1970’s and struggled to shift the Faculty at Tal-Virtù. Borg served as a mediator to bring back the Faculty of Theology to Tal-Qroqq in the late 1980’s. In 1997 Pope John Paul II appointed him Consul of the Church’s Pontifical Commission for Ecclesiastical Patrimony. Besides his numerous responsibilities, Mgr Borg supervised the restoration of the Old Parish Church in Birkirkara. He was also responsible for several archaeological excavations and chaired the Mdina Cathedral Museum and Archives Commission for nearly twenty years between 1994 till 2013. Besides, this he published several works including his four monumental volumes Melita Sacra: the History of the Church in Malta since medieval times. 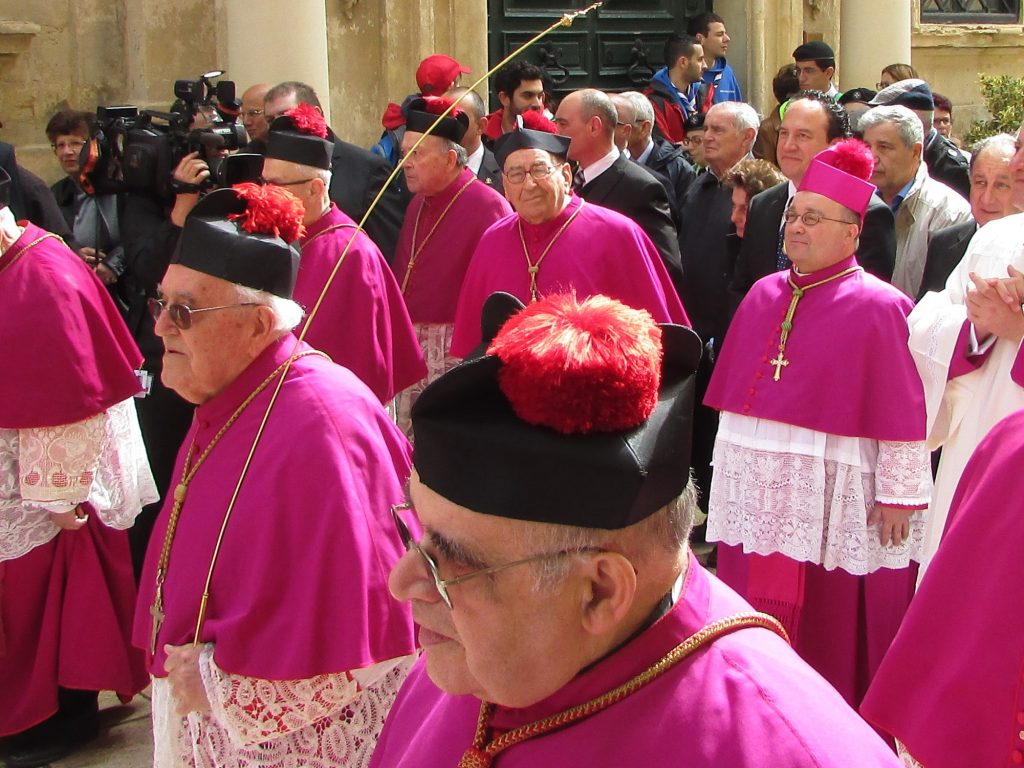