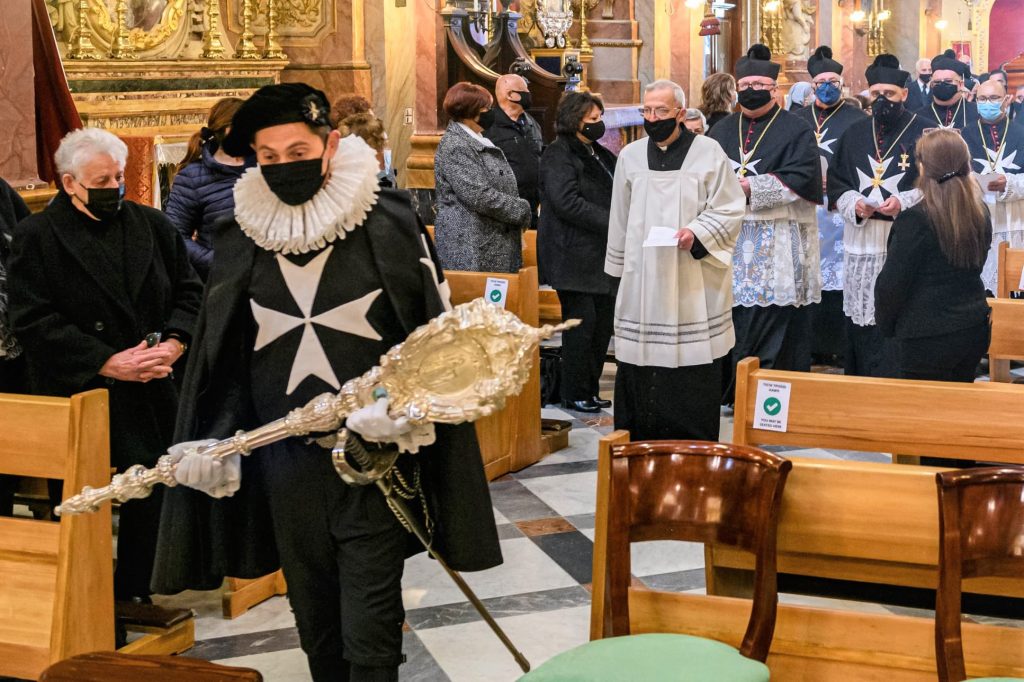 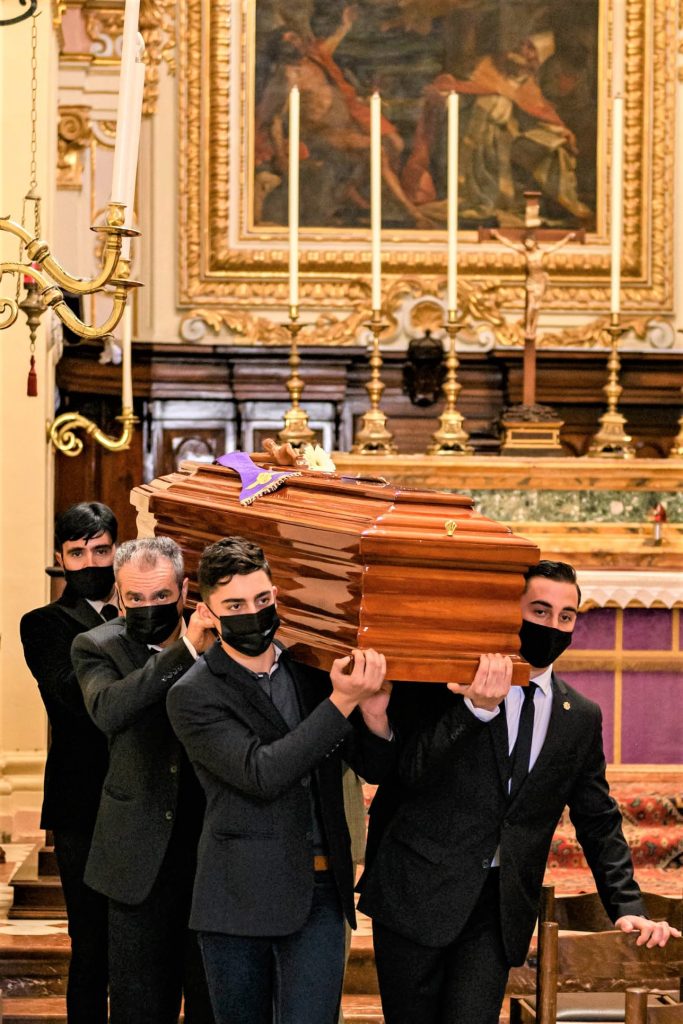 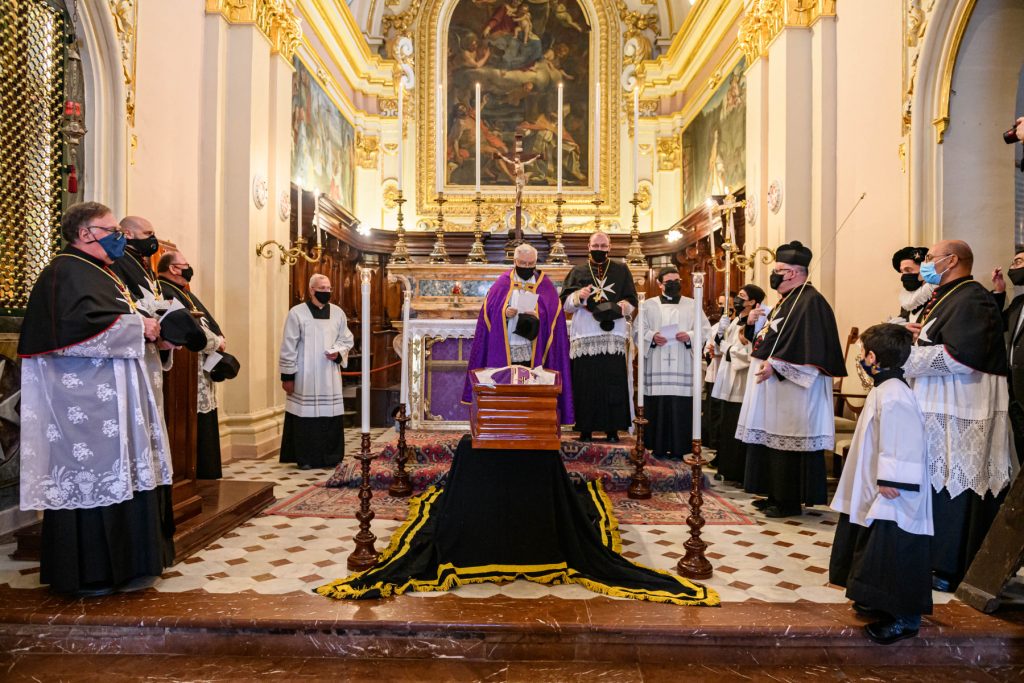 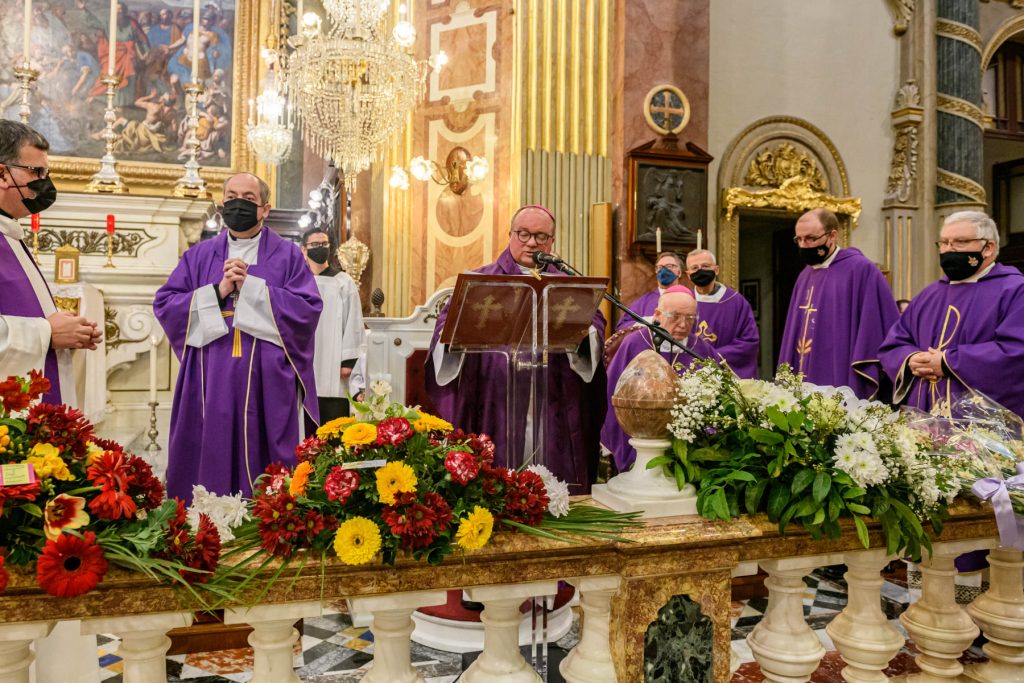 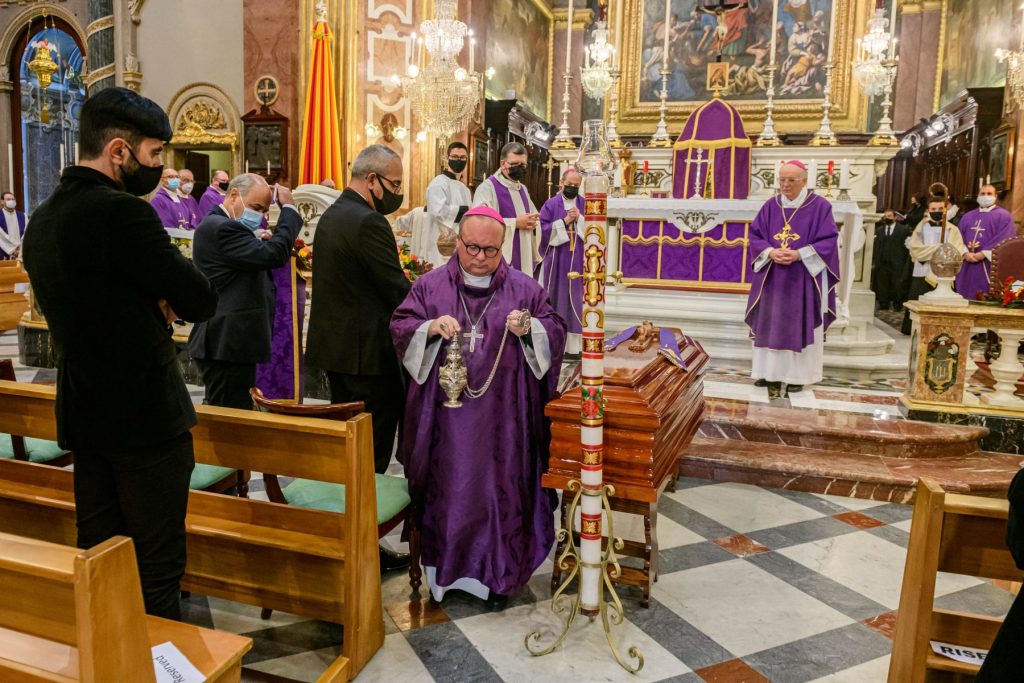 John Azzopardi, son of Gerald and Nicolina was born on 11 th May 1937. In 1954 he entered at the Archbishop’s Seminary in Floriana and later at the Royal University of Malta where he graduated B.D. and Lic.D. in 1962. That year he was ordained a priest and started teaching Classical Greek and Religion at the Seminary. In 1967 on
the request of Archbishop Michael Gonzi and Mgr Edward Coleiro, he undertook the responsibility of transferring the artefacts and archives from the Cathedral sacristies to the Old Seminary of Mdina, presently known as the Cathedral Museum. In that
same year he was appointed curator of the Cathedral Museum, a position that he held until 2002. Between 1973 and 1988 Dun Ġwann directed the HMML microfilming project in conjunction with the Benedictine University of St John, Collegeville, Minnesota, USA.
In 1978 Dun Ġwann was appointed canon of St Paul’s collegiate church and became in charge of restructuring the Wignacourt premises into a new Collegiate Museum for Rabat. In 2013 he was appointed canon and archivist of the Metropolitan Chapter. He
was widely respected as a scholar in his areas of interest and he authored numerous books, particularly on the Pauline cult. Besides his love for Melitensia, Dun Gwann was instrumental in rediscovering the music of long-forgotten composers. He was the
man behind the revival of various concerts; one of the earliest enttiled Musica Restituta way back to the 1980, which was performed at Cathedral of Malta.
Besides his laborious work in the cultural and educational sector, he never missed his priestly duties and was always ready to leave everything behind when someone called him for confession or to assist the infirm. He gave service at St Paul’s Collegiate in Rabat and rural hamlets of Kuncizzjoni and Bahrija. Dun Gwann was a self-made scholar and archivist, who pursued his life with steadfast devotion and passion.
Despite all his exposure, he remained unpretentious, humane, charitable and self-disciplined. Throughout his remarkable career he was member of various Church and State cultural committees and received various honours and titles. In fact, he was
ordained Conventual Chaplain ad honorem of the Sovereign Order of Malta and Prelate ad honorem of His Holiness the Pope, besides, in 1994, Dun Ġwann was awarded the Midalja għall-Qadi tar-Repubblika. Other awards included Gieħ ir-Rabat; Chevalier dans l’Ordre des Palmes Academique; the Cappellano Magistrale
of SMOM; and M.Phil. (honoris causa) from the University of Malta.
Dun Gwann, as he will be remembered, passed away on the 19 th of February 2021. Mgr Azzopardi re-entered in his beloved parish church of St Paul for the last time but for the first time since it had been consecrated as Basilica, for which title he had strived for so many years.