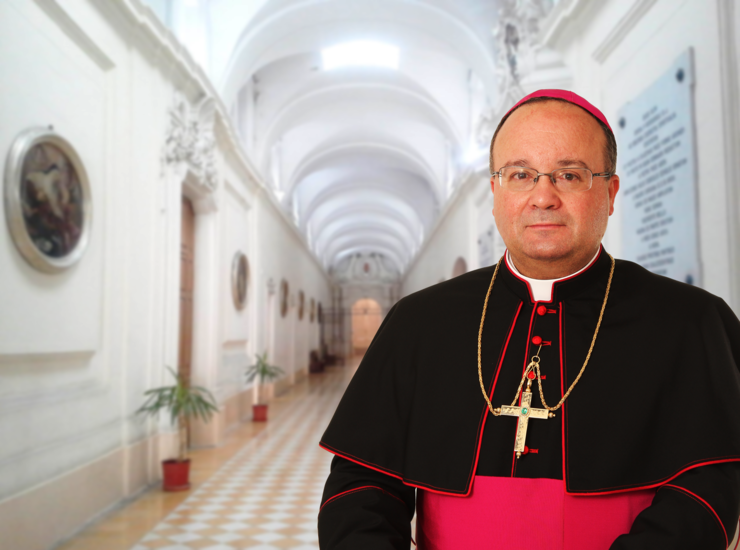 Mgr. Scicluna attended St.Sebastian Primary School, Qormi and St. Joseph Secondary Technical School, Paola and St Edwards College, Cottonera. He joined the Law Course in 1976 at the University of Malta and later graduated as Doctor of Laws in 1984. After the completion of his studies at the Seminary tal-Virtu’, he was ordained a priest of the Roman Catholic Church by Monsignor Joseph Mercieca on 11th July 1986. Mgr Scicluna obtained the Doctorate in Canon Law with specialisation in Jurisprudence in 1991. After his studies, Mgr Scicluna worked on the Malta Metropolitan Tribunal as Defender of the Bond and was lecturer in Pastoral Theology and Canon Law at the University of Malta. He was also called at the Vatican to work on the Supreme Tribunal for the Apostolic Senatura as a Substitute Promoter of Justice. In 1996 he was appointed postulator for the cause of beatification and canonisation of Dun Gorg Preca. In October 2002 Monsignor Scicluna was nominated Promoter of Justice at the Congregation for the Doctrine of  the Faith. Part of his work was also to lecture on child protection in the church. On October 2012 Pope Benedict XVI nominated him as Auxiliary Bishop of Malta and Titular Bishop of San Leone. He was ordained Bishop on the 24th November 2012 and on November 28th, 2012 he was nominated member of the Vatican’s Congregation for the Doctrine of  the Faith. Pope Frances nominated Mgr Scicluna as Apostolic Administrator sede vacante with the authority to govern the Archdiocese of Malta until the new bishop takes over. On 21st January 2015, Pope Frances nominated Mgr Scicluna as President of the Special College within the Congregation for the Doctrine of the Faith to hear appeals in processes  concerning serious offences established under the Moto Propio Sacramentorum Santitatis Tutela. On the 27th February  2015 he was appointed Archbishop of Malta by Pope Francis.