Back in 1679, Bishop Michael Hieronymus Molina (1678-1782) initially encouraged the chapter to build a new baroque choir, instead of the existing 12th century Norman choir. Lorenzo Cafà was appointed to design and manage the construction of this new choir. The construction started in the same year. Since the new building was connected to the old apse (also preventing it from collapsing), it overshadowed the older part, making the latter look old-fashioned and modest. On Sunday 11th  January 1693, three years after the completion of the choir, an earthquake resulting from activity in Mount Etna hit the islands. Though no deaths were registered, many buildings suffered  considerable damage, including the Inquisitor’s Palace, the Convent of St. Theresa, as well as the old cathedral. The chapter had long been considering  to build a new cathedral, and therefore,  the earthquake served  as motivation to put the plans into action. Though the 1693 earthquake did indeed aid deliberators into a conclusion, many more obstacles were yet to be overcome.

A report from Mederico Blondel, resident chief engineer of the Order, and his commission told the then Grand Master Adrien de Wignacourt that the damage was a result of old age and neglect of the buildings, rather than the actual shock. Three months after the earthquake, on 11th April 1693, the chapter was convinced following a report presented by Blondel, along with the capimastri Giovanni Barbara and Vincenzo Casanova. This led them to submit a report, with help from Lorenzo Cafà, regarding the state of the Cathedral. Though only a part of the church had collapsed, the commission agreed that the structure was weak and needed to be replaced by a new building. A wooden model created by Lorenzo Cafà and approved by the Blondel commission served as the basis upon which the church was to be rebuilt. In 1702, a few months before the death of Lorenzo Cafa’, the building was completed. On the 8th October 1703, the church was then consecrated by Bishop Davide Cocco Palmieri whilst the dome was completed on  24th  October 1705. 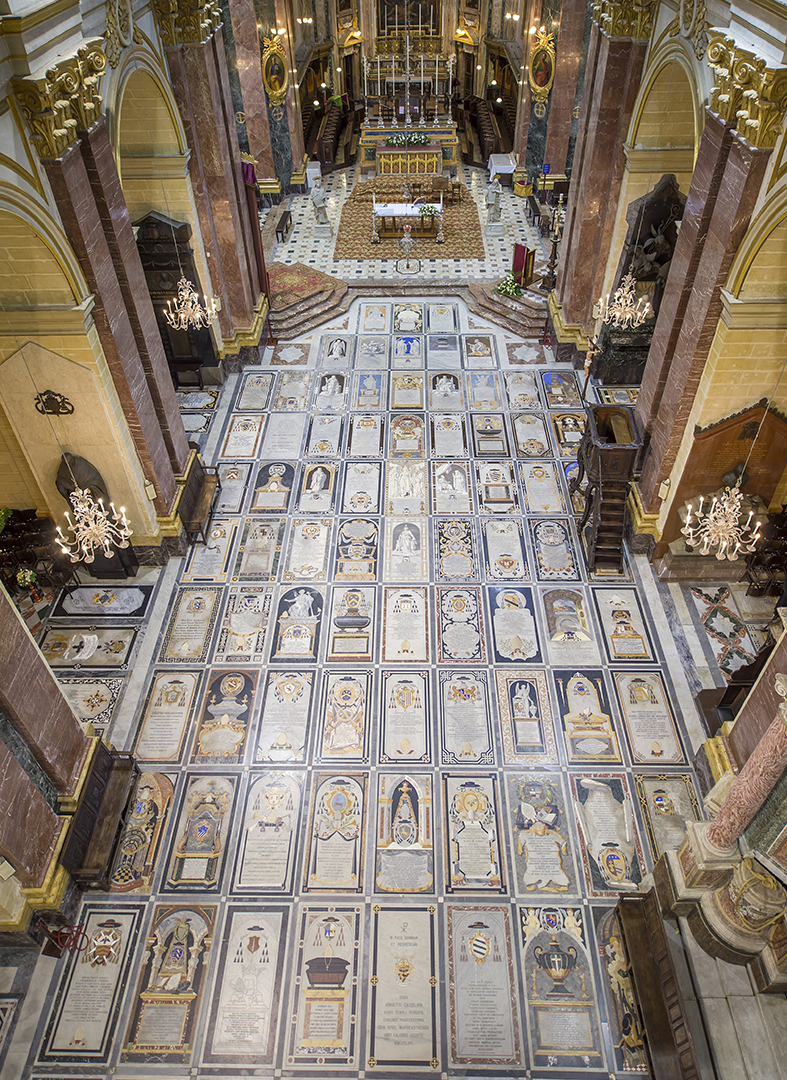